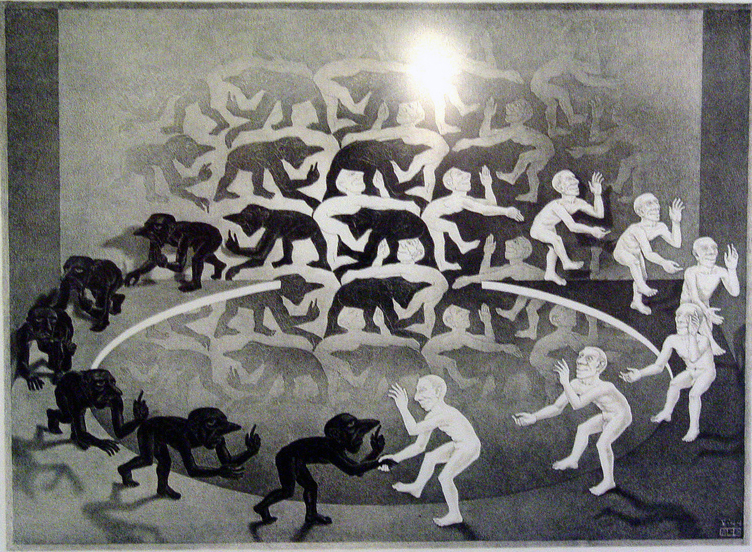 The current state of scholarly communication is in flux as various avenues for the consumption and dissemination of ideas, discussions, and research continue to be developed and then adopted by scholars. These contexts offer different affordances (Gibson, 1977), or possibilities for action provided by the platform, and offer different types of networks with which a scholar can view and interact. Affordances found in these environments typically include the ability to share information in a particular way (e.g. tweet, Facebook post, blog, comment, post links or media, hashtags, etc.), consume information, create a profile (public, private, or mixed), and connect with other users of the platform. There are various types of networks represented across these platforms, including blogs (external facing networks), Facebook and Twitter (social networks), and Wikipedia (interconnected networks). A scholar can present herself on these online platforms along a continuum ranging from personal to professional.

Problems can arise from interacting within these online contexts as the information is disseminated to a vast unknown audience, it is archivable, it is searchable, and it can be copied and removed from the context in which it was originally published (boyd, 2006). This can prove damaging to the reputation of a scholar and can lead to shame, punishment, or dismissal as seen from recent examples. In one example, a scholar who had been offered a tenure-track position at the University of Illinois, Urbana-Champaign, had this same offer rescinded after several tweets made by the individual were deemed anti-semitic in nature by the university board (Jaschik, 2014). In another example, a professor from the University of New Mexico was put on probation and given counselling after tweeting an offensive remark about Ph.D. applicants (Ingeno, 2013). There have been other examples of these types of infractions from Facebook and from blogging. Goffman (1959) discussed the acts of self-presentation and impression management in his social research as acting out a particular role for an audience and maintaining that role across time. These acts rely on various aspects including social norms, rules, and context to be effective. You could interpret Goffman’s writing in a way that suggests he considered the network and it’s significance to people in their day to day lives, as he (Goffman, 1961, p. 127) noted later that “[w]hen seen up close, the individual, bringing together in various ways all the connections that he has in life, becomes a blur.” He knew that boundary maintenance was a crucial component of self-presentation and impression management, as he divided the act of self-presentation into three different regions: front stage, back-stage, and the outside region. What he did not directly speak to was the actual size of the network and the influence this would have on the boundaries between these regions.

Related to this, Mehra, Kilduff, and Brass (2001, p. 131) argued that while a large network “can enable the individual to access numerous others for information and other resources,” they warned that “[p]eople who interact with numerous others in organizations run the risk of running short of time and other resources” In addition to the time and resources used to maintain large networks, scholars run the risk of further blurring the boundaries between their personal and professional selves. I want to further investigate this relationship between networks and self-presentation and impression management and the blurring between personal and professional.

Goffman, E. (1959). The Presentation of Self in Everyday Life. New York: Anchor.

Jaschik, S. (2014, August). Out of a job. Inside Higher Ed. Retrieved from https://www.insidehighered.com/news/2014/08/06/u-illinois-apparently-revokes-job-offer-controversial-scholar